Social media isn’t the problem, your perspective of social media is and seeing as everywhere that I look people, news outlets and influential figures seem to paint social media to be this evil thing and blame it for all of the challenges in the world today, I’m guessing that has something to do with it…

I disagree, which might not come as a surprise and in this episode of STRAIGHT TO THE POINT I look at the pro’s of social media.

As I mention in the beginning of this week’s episode (watch by clicking play above) I recognise that like everything there are negatives and positives to social media.

Why don’t people, news outlets and influential figures talk more about the positives?

Now, maybe I need to change my perspective because where I am coming from it just looks like people are bashing social media without coming up with any solutions.

And, in my opinion the way we overcome the hate, negativity and challenges we face with social media is by spreading more positivity, love and by using social media in the way it was intended… to connect with people together from all over the world, build communities and relationships.

A couple of years ago, social media was getting me down and although I didn’t mention it in this episode of STRAIGHT TO THE POINT I took a hiatus from social media. Facebook in particular (back then I wasn’t on Instagram so much).

When I came back to it, and ever since I have been using it in a completely different way and I am happy to say don’t compare myself as much as I did. I’m not going to sit here and lie by saying I never compare myself, because sometimes I fall back into that habit BUT I now have techniques, the knowledge and know-how on what to do.

Another thing, if you want to bash anything then bash the individuals who decide to use social media in a negative way. At the end of the day social media is just a tool and these types of people, the “haters” were still doing what they were doing back in the day when social media wasn’t around.

Social media, I suppose has just made it easier for them to hate on a massive scale. And, again the way we combat this is to focus on the things we can control and start to use social media in the right way, focus on the positive and sound the haters out!

Watch this episode of STRAIGHT TO THE POINT if you want to shift your perspective of social media, focus on the positive of social media and make it work for you, just like I have done and many that I have connected with over the last 18 months.

Out of the 6 recommended ways I share in this episode of STRAIGHT TO THE POINT how many have you tried and how are they working for you? 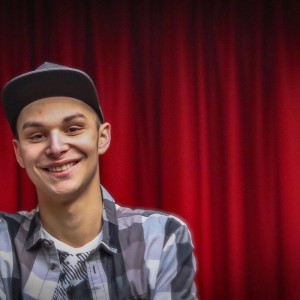 Share this episode of Straight to the Point with your friends